Weekly Challenge #178 - Duotangle By The Letter

In my blogger profile, I claim "wife" as one of my titles, and the truth is that title is very new for me. Had I taken this challenge four months ago, This newlywed would have used different initials!  I have also promised myself I would use these challenges to try new (to me, at least) patterns and materials. One day you may see a larger format ZIA - what a concept!

I brought home some new toys the other day to use in my Tangles.  They are charcoal and chalk pencils in white, black, charcoal, two shades do sepia and something called chalk red. That's pretty adventurous for me. My thought was to use them on the tan tiles, and I'll include a tile I did last night later in this post. But...I wanted to try something else today for The Diva's Challenge.

My initials are now "AK", so I chose two patterns I haven't used before: Amoeba and Knot Rickz.   I used a black tile with a white Jelly Roll pen and the light sepia, white and red chalk pencils for shading. I wasn't sure at first if the pencil really added much, but once I started blending the white, the Ameobae started to get a nice little ghostly look.  And then, there are the levitating pillows, which I do like. I attended an opera once by a contemporary composer that left most of the opera goers scratching their heads, and not a few cut out at intermission.  Most of the audience thought the one redeeming feature of the production was the levitating choristers. They were all suspended in the air in harnesses like Peter Pan, just singing away...kind of fun!

So, anyway, here is the other tile using these pencils. It has nothing to do with the challenge, but I like it: 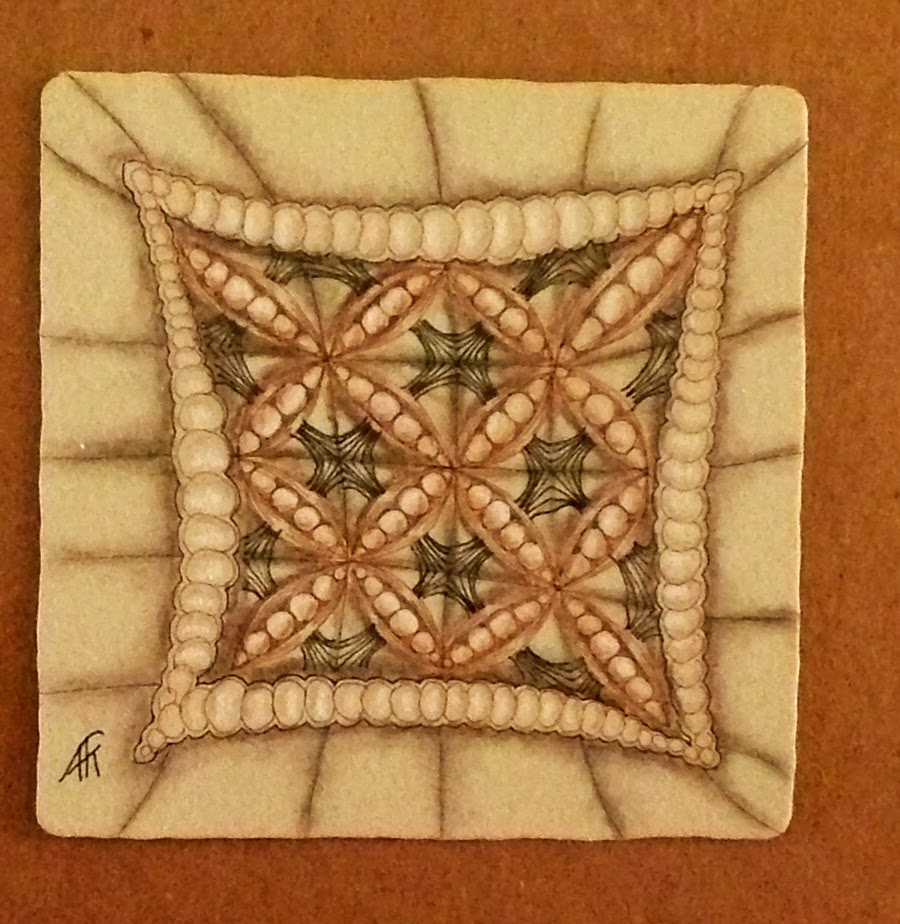