This challenge is an interesting one, and not only because Yuma is such a cool new tangle. The subject of Native American Art has been in the forefront of my mind for a few weeks now. We live in Arizona these days, and Yuma is a city here. The entire state is full of Native American Art and culture, as is our neighboring state, New Mexico.

My husband an I just returned from a trip to Santa Fe, where we purchased a wonderful piece of pottery by an artist named Paula Estevan (look her up - her work is phenomenal!), who should be a Zentangler, if she is not already. 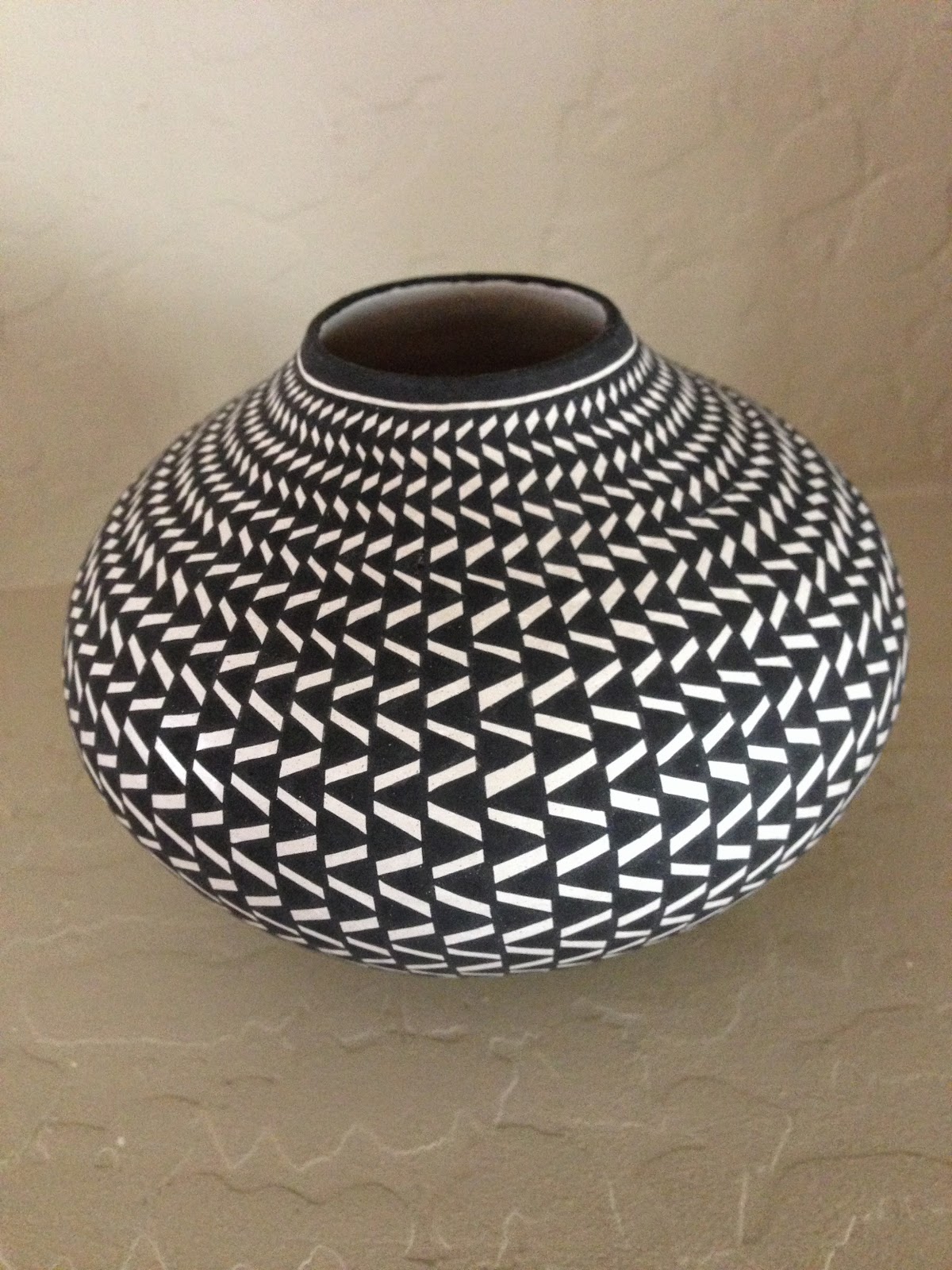 Most of her designs feature all-over repetition of one design in black and white. The patterns are traditional Native American, but her use of these designs is very contemporary looking, I think. Plus, her pots are paper thin, and if you've ever attempted to throw any kind of pottery, you know making them thin is a magic trick.

We also visited the Georgia O'Keefe museum in Santa Fe. In addition to having the privilege of viewing Ms. O'Keefe's wonderful works, we also saw an exhibit of works by a close associate and friend of Ms. O'Keefe's, Miguel Covarrubias. He was born in 1914 and just passed away this January - 100 years old!!  One of the things in the exhibit was a notebook in which he had made pencil sketches of various Native American designs. I copied several in my own little notebook (photography was prohibited), and I hope to incorporate them into my tangles at some point.

If you follow Square One: Purely Zentangle on Facebook, you may have seen my interpretation of Fengle, which was inspired by a friend's Henna hand design in Marrakech. 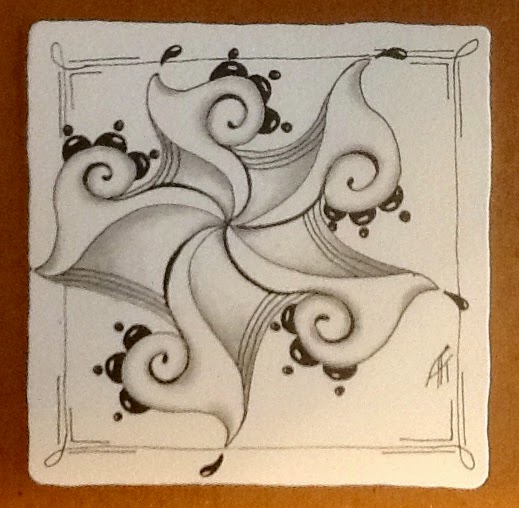 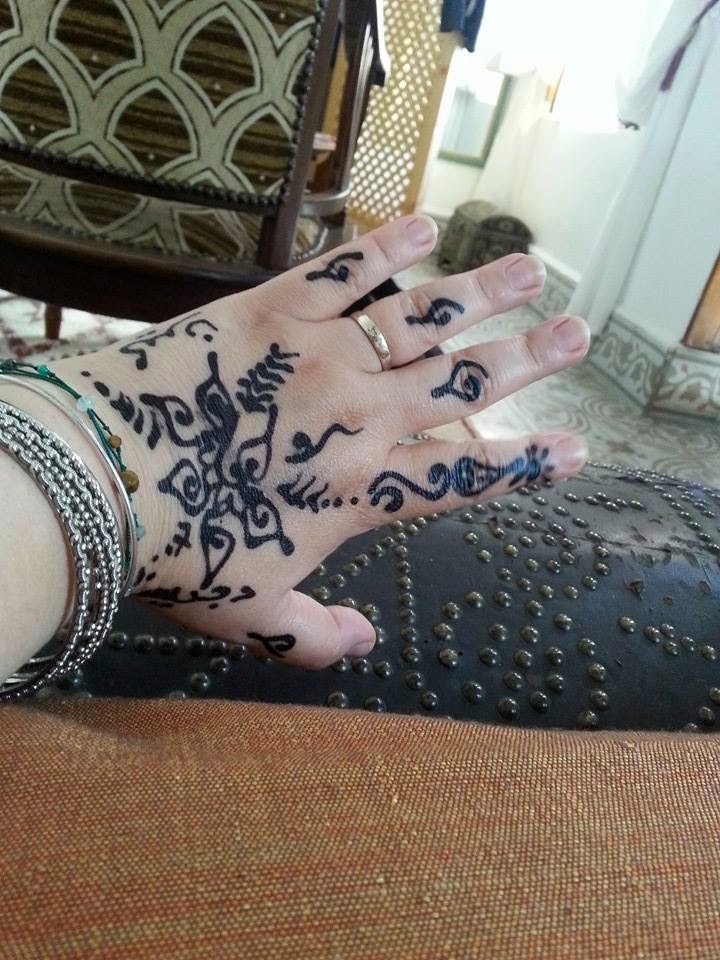 Isn't it amazing how patterns seem to be such an integral part of the human experience?

So, without further ado, let me add my versions of Yuma to meet the Diva Challenge this week. 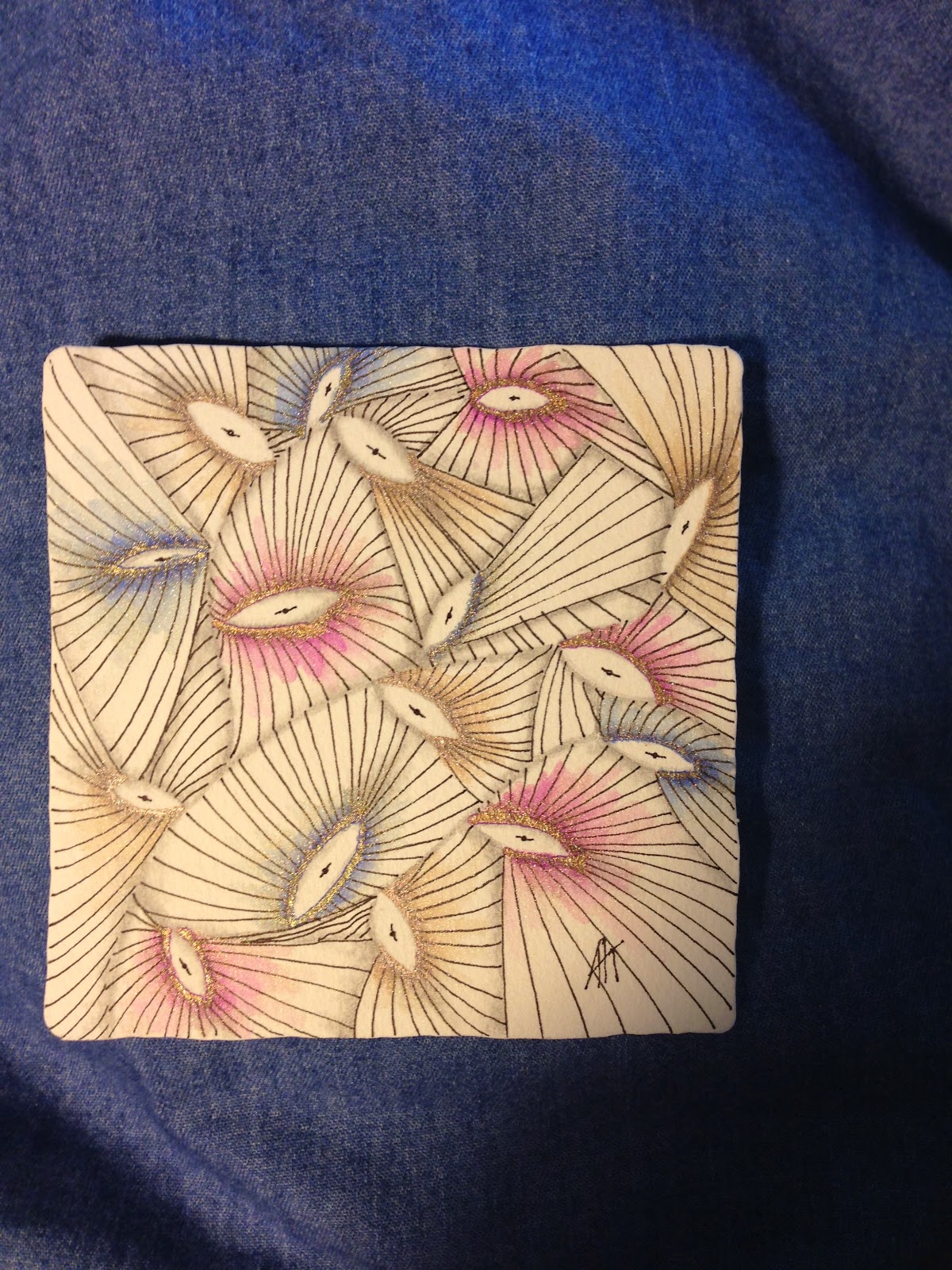 The first one I did more or less as practice, and when it was on the tile, I thought it needed something more.  I just happened to read on someone's blog that you can blend Jelly Roll pens, so I gave it a shot.  Kind of fun and sparkly.  Very eyelash-y! 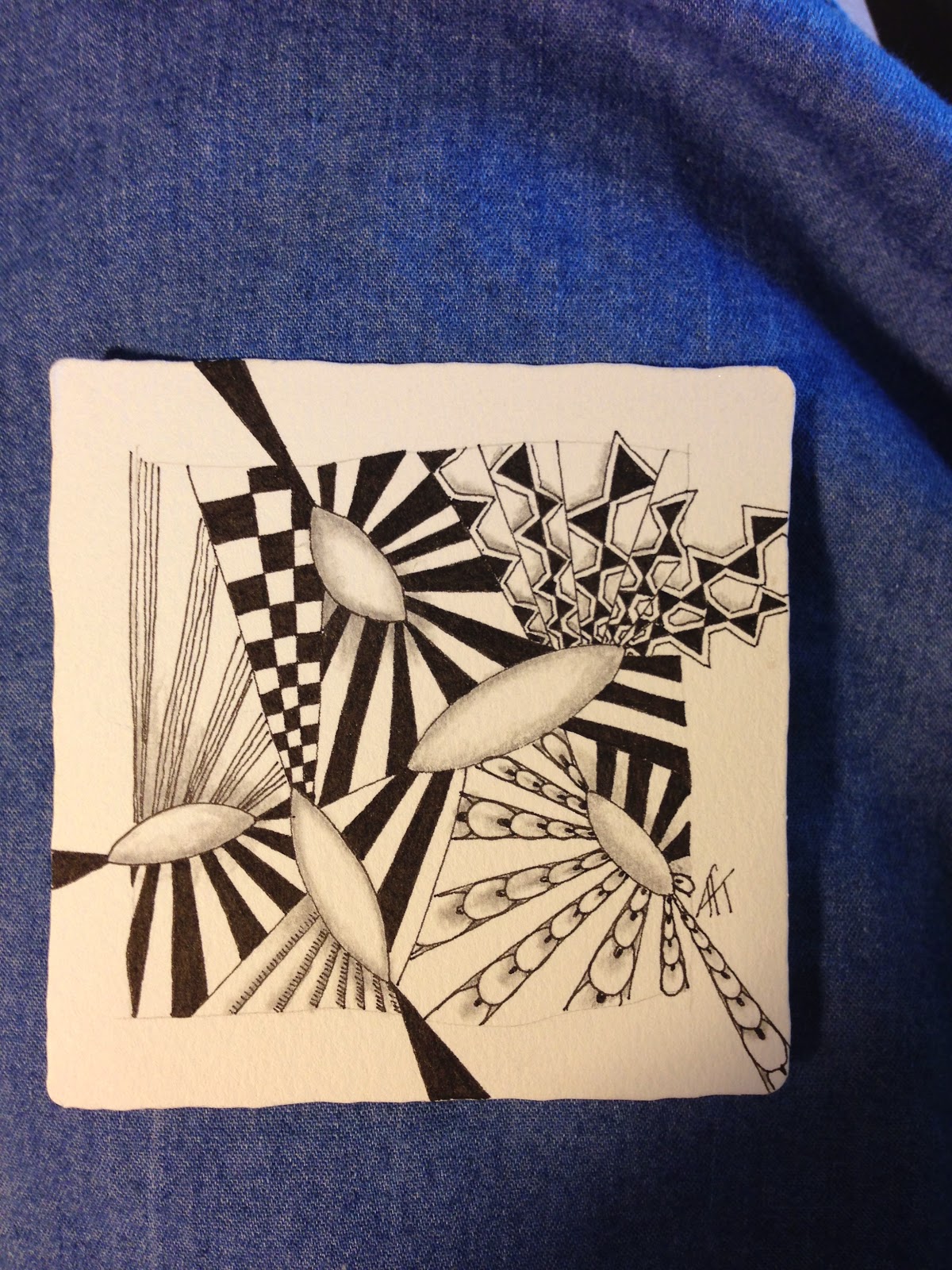 The second one was an attempt to play with the spaces and use the Yuma more or less as a string.  I'm pretty happy with this one - it almost looks Japanese to me.  See how everything is connected?

Happy tangling, everyone.  Thanks for stopping by!