Diva Challenge #205 Chinese Year of the Goat, SQ1 Huggins and That's New To Me "W"

Let me say right now, I knew nothing about this celebration except having seen the beautiful parades on the news every year and knowing they are WAY past 2015 - 4713 to be precise!  The only other thing I knew was that my Vietnamese nail technician gave me a good luck envelope with a $2 bill in it.  So sweet of her, and I learned that the Vietnamese also celebrate this day.

I Googled Chinese New Year and learned a few things.  First, it is a huge family reunion day.  Travelers visiting family represent the largest pilgrimage in the world.  Unlike the western New Year's celebrations that are more about champagne and "grown-up" parties.  Babysitters get premium rates that day, a fact I always appreciated way back when.

Here is what Wikipedia says about the origin of the animal associations:

Legend has it that in ancient times, Buddha asked all the animals to meet him on Chinese New Year. Twelve came, and Buddha named a year after each one. He announced that the people born in each animal's year would have some of that animal's personality. Those born in sheep years are often artistic, charming, sensitive, and sweet. It is known as the most creative sign in the Chinese zodiac.

At Chinese New Year celebrations people wear red clothes, decorate with poems on red paper, and give children "lucky money" in red envelopes. Red symbolizes fire, which according to legend can drive away bad luck. The fireworks that shower the festivities are rooted in a similar ancient custom. Long ago, people in China lit bamboo stalks, believing that the crackling flames would frighten evil spirits.

So, now I know a bit more.  Being a Capricorn, I like this goat thing, so here is my New Year Goat: 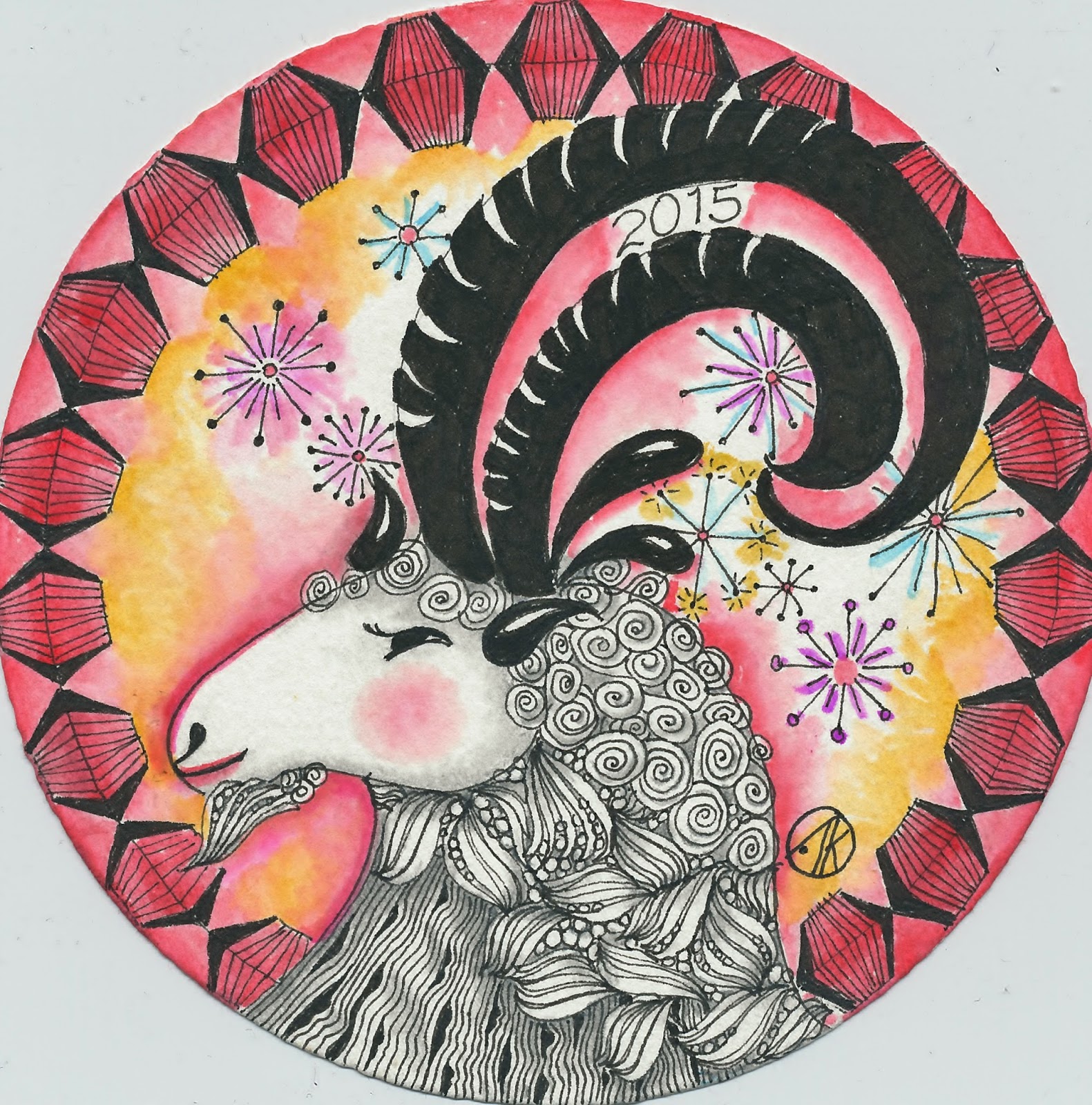 For Square One: Purely Zentangle, the weekly focus is Huggins.  Here is what I posted on Facebook for that group: 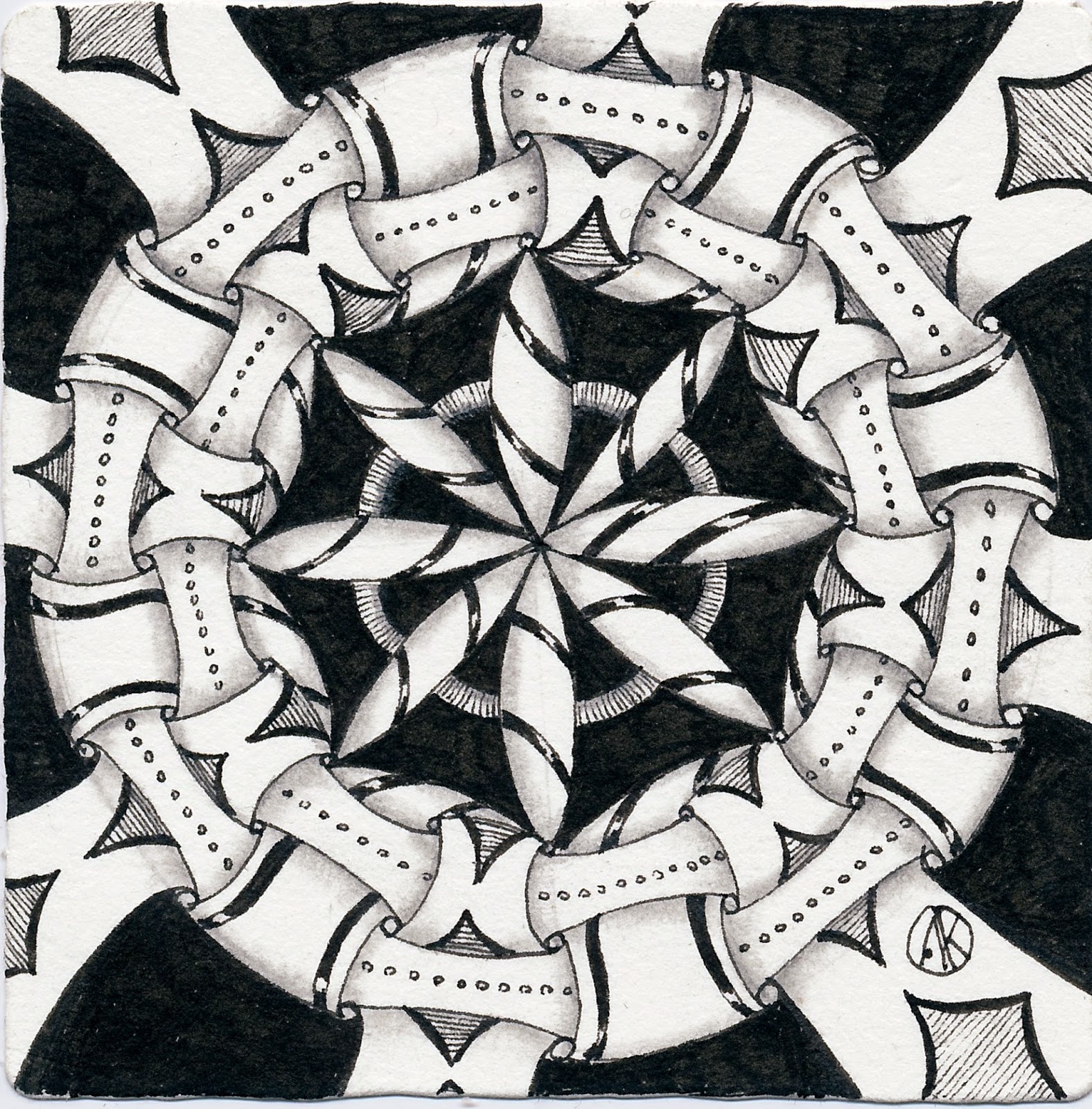 Finally, the That's New To Me challenge was the letter "W". I used Wist from Shelly Beauch  and Windfarm from Margaret Bremner. 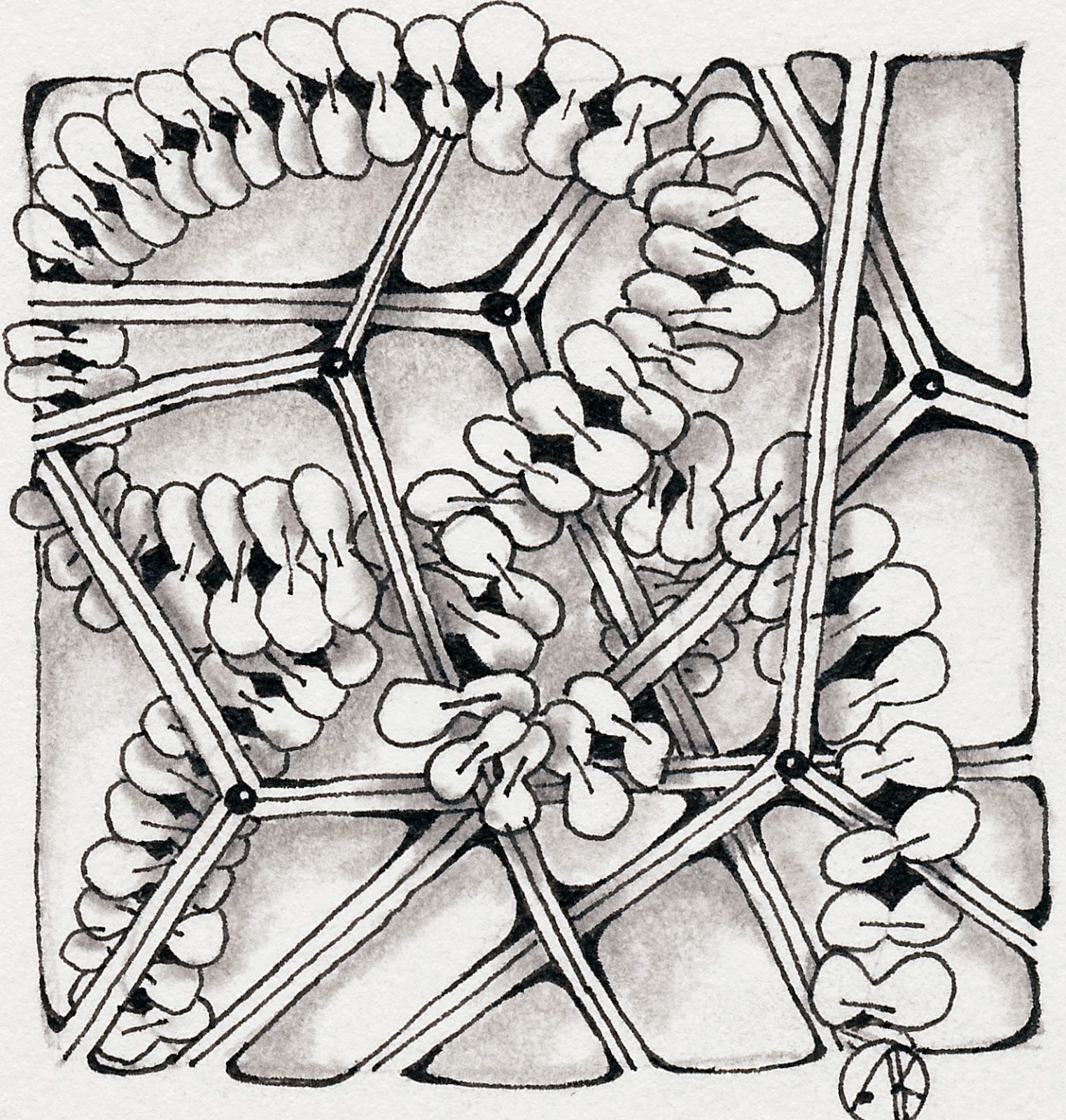