Zendala!  I've only done a couple of Zendalas in my Zentangle life of three years or so, and there are a few reasons why.

One, they are HARD WORK!  It seems like they will never end - you just keep doing the same thing and then do it some more and more.  Grinding monotony.  But this time, I began to get a  new perspective on that process.  If you have ever walked a labyrinth, you get the same feeling.  You think "when will this ever end?" But then, suddenly, there you are in the center of the circle and you really can't say just how that happened.  The way back out is much the same.   I felt the same sense of a need to just keep going on my Zendala.  I knew that eventually I would be surprised to find I had come to the end of the journey.  It truly was not difficult, but required that I trust and keep going.

Second, I often use a loosey-goosey approach to strings, finding them optional in many cases.  Sometimes on a tile I will use one just to be able to say, yes, I followed the Zentangle steps of dots, border, string, draw and shade.  Sometimes.  With a Zendala, the string is much more important.  It is the string that guides and inspires your design, and it has a beauty of its own.  I don't know how to design a Zendala string, but I know if I went back to my old geometry textbook, I could probably do it.  But again, is that restful, meditative or inspiring?  This time, I found that it could be, thanks to the challenge presented.  I found that reflecting on the shapes of the string was its own meditation.  I didn't have to choose the design - that was done for me, and that alone made this more relaxing.

Third, Zendala's take a long time to complete.  Yes.  They do.  But I found myself with a little unexpected time on my hands and decided to submit to the pull of the challenge for once.  However, a couple of hours thus spent is far better than hours watching reality TV (I don't) or playing games on the computer (I admit, I do).

So here is my response to The Bright Owl's Zendala Dare #99  I used Striping, Orbs with black auras, Akoya variation and generally just some rice shapes, lines dots, and a fan shaped thing whose name I don't know (if  indeed it has a name).  I have taken a new journey that required me to just keep going and trust.

Thank you, and Namaste. 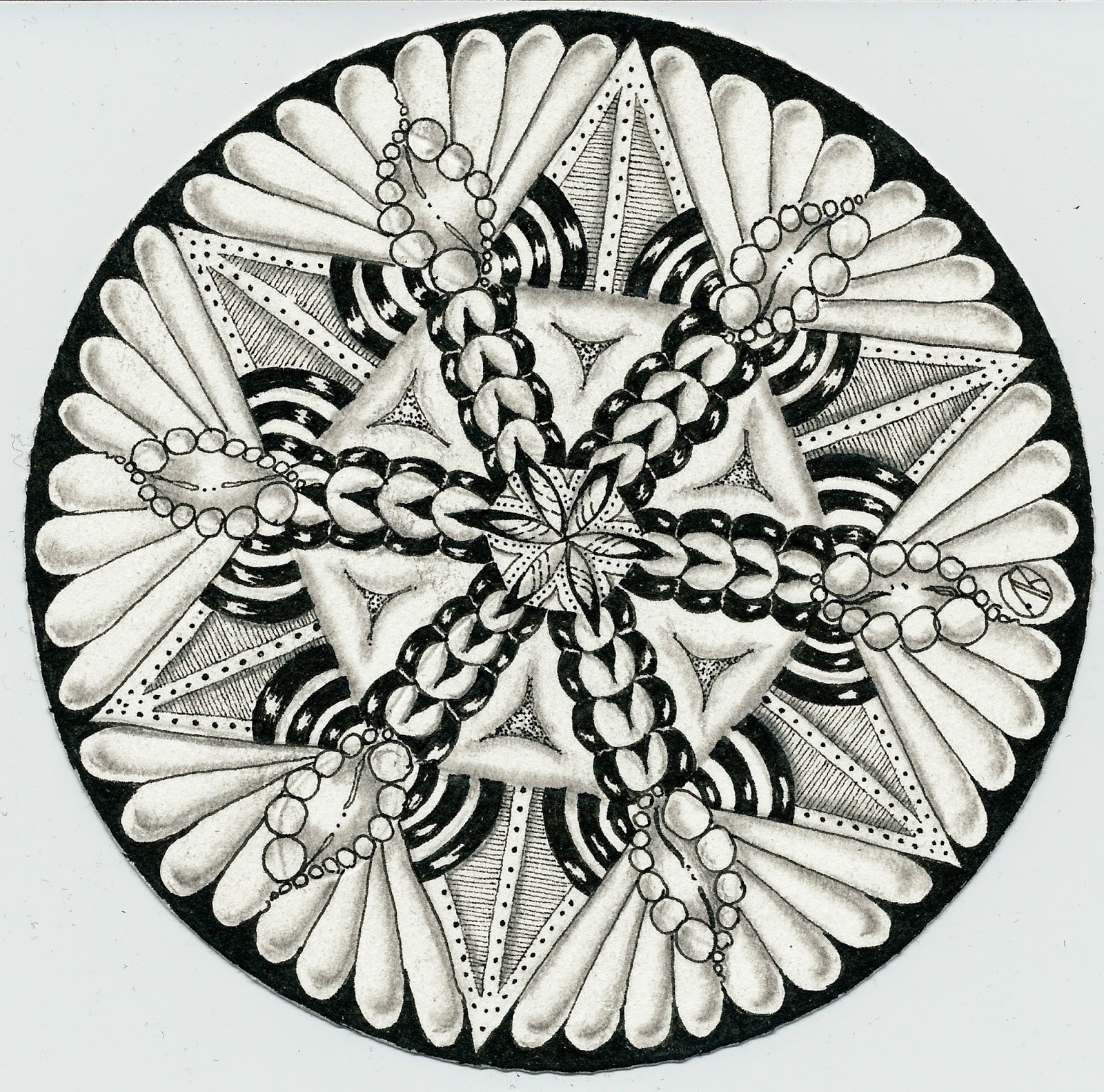